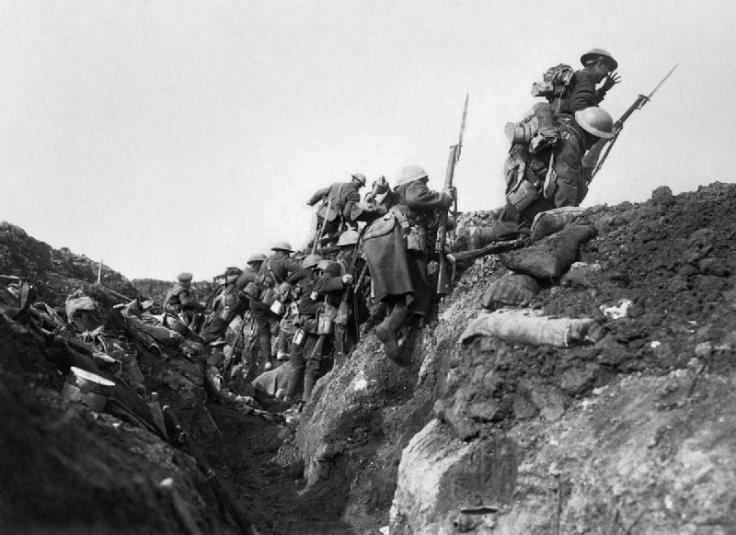 Two brothers who had only been in France for less than a month were killed in the same three-day battle involving many Harborough men, reports the October 12, 1915, edition of the Market Harborough Advertiser.

Another man was also killed and a further five are ‘missing’ – including another set of brothers – and ‘considerable anxiety prevails in the town and district that [they] have not been heard of since the terrific fighting they were in on September 25th, 25th and 27th’.

Privates Isaac and Alfred Wilkinson – the only sons of Mr and Mrs A E Wilkinson of Northampton Road – were attached to the Machine Gun Section of the 7th Northants Regiment and better known as ‘Mobbs’ Corps’ after Edgar Mobbs, the famous Northampton rugby player who helped form the company.

Incredibly graphic descriptions of the battle are published on the same page through letters home from those who survived the fighting.

Pte W Harris of St Mary’s Road, Harborough says: “Every minute from the time we went in until the time we came out we were shelled with shrapnel and high explosive.

“We had every invention of the Devil against us except liquid fire. We had high explosives, shrapnel, two doses of gas, dum-dum bullets, and explosive bullets. We had three bayonet charges but in all three I did not get to close quarters for as soon as they saw us coming they ran back as hard as they could.”

Another Harborough soldier who survived the fighting, Pte Tom Gilbert of Dingley Terrace, sums up how all the young men feel. “If I have the luck to get through [the war] the memory of it will love forever.”

Remarkably, there is also a glimmer of humour laced among the dark stories of death and injury. The Advertiser reports: “There is a ‘telling’ touch in a letter from a members of Mobbs’ Corps. In a brief sentence or two he gives us a graphic glimpse of the gallant work that was put in during their baptismal engagement in the great fighting.

“The writer says Edgar Mobbs led two fine charges with the bayonet – just as if he had the ball and was making for the goal line!”

And there is more evidence of the cheeky brave face from Company-Sgt Major G Payne of Coventry Road, Harborough, who was wounded by shrapnel and describes his wounds in stomach-churning detail. “It went right through my right ankle and I think three bones are gone and I have been under three operations.”

But he continues: “It copped me pretty badly but never mind, it might have been worse…”

There is also an article from a national newspaper reporter using graphic detail – it is almost the equivalent of a modern-day ‘snuff’ movie – that would never be published by a mainstream 21st century news editor.

He says he was hidden by the shadows as the German – a tall, massive man – crept into the same bomb crater and came within two yards. “I was crouching with my rifle ready and as he raised his arms my bayonet took him four or five inches below the arm pit.

“I was scarcely conscious of any resistance to the bayonet thrust but I was fearfully excited.

“The German never moved, but stood stock still. Then his glasses fell to the ground and to my astonishment he sat down quite naturally, stretched his feet and with a soft bubbly sort of sigh lay back. I waited a few minutes and then crept over him – he was stone dead.”

It is not surprising that these graphic reports do not bring forward the many men in the Harborough area who have not joined yet.

However, in a Letter to the Editor, there is a vitriolic appeal to bring in conscription to force everyone ‘to do their bit’.

The correspondent ‘Fair Play All Round’ says: “The thousands of young fellows with no family ties or cares holding them back – but whose only aim is to save their own precious skins – refuse to enlist despite the appeals of Cabinet Ministers and all responsible men.

“The only way to acquire their services is to compel them to come in and the quicker the better.”

He claims there are more than a thousand eligible men who are ‘not in uniform ‘who are content to let their town pals lose their lives, endure hardships and difficulties while they intimate that they will stay at home and wait until they are fetched’.

He adds sarcastically: What patriots! Look at the dozens of farmers’ sons who come into town on market days, splendid men for Horse Regiments if only their hearts were in the right place.”